WOYWW 421 - what a difference a week makes

Welcome deskers, time for another desk hopping extravaganza.   Luckily the heatwave finished and now of course we're having rain... I know the gardens need it, but does it have to!

Anyway, time for another link up with the holidaying Julia here.   I think I forgot to go back and check the late entries last week, oops me! 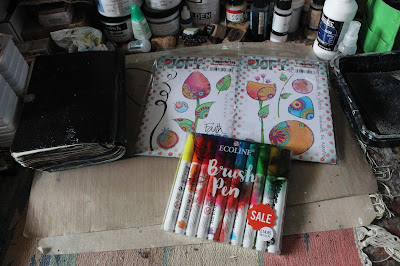 so, as nothing really changes here, there are new stamps and goodies to share with you! (and more on order, wow me!)  some new Paperartsy stamps designed by the lovely and talented JoFY - loving those and looking forward to inking them up... and the brush pens, by Ecoline, that I bought on Saturday when I stopped in Kingston on the way home from Kew (story about that here)  (still can't believe that what happened, happened!)       Well, Cass Art were having a sale, so.....
(I bet you're amazed I only got the pens!) 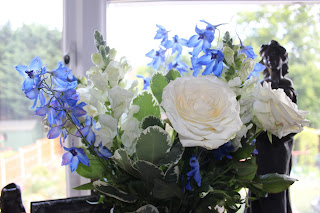 It was my birthday on Monday and I received some gifts from the folk at work - flowers (and some cash) from my boss Monica
gorgeous, aren't they? 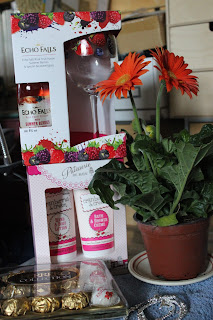 and some other lovely gifts from the rest.  the bracelet sitting on bottom of the photo just about in shot, is really pretty

I will try not to kill the potted Gerbera too quickly....!

the gerbera came wrapped in a cardboard sleeve.. which was gorgeous.. so of course it gets saved .. look 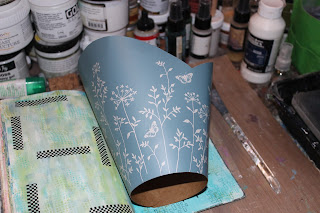 how could you get rid of this! 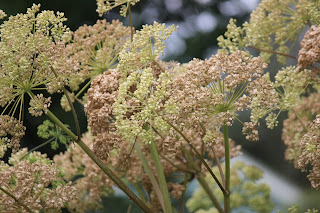 I'll leave you with a bunch of fading Allium seed heads from Saturday. (and if you want to know the story you'll need to read the post, though lots of you have!)

Welcome deskers to a very hot WOYWW .  Julia is away on her holibobs but hopefully leaving a linky to our weekly desk gathering here

England is in the grips of a heatwave (I don't like heat but am determined not to moan too much....!)  but it is as much as I can do to drag myself to work and back (no air conditioning in my office, I am not in the posh new one!) so no crafting has been done again.. 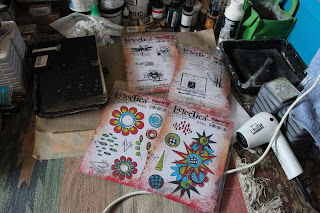 I have managed to shop though!

Paperartsy are releasing some new stamps by some of their designers this week and so far I've ordered 3 lots (the two that have arrived here and a third in progress!)

hopefully you can make out the images in the two sets at the top, which are by Sara Naumann and will be great for journalling but all kinds of other things too. The bottom two are by Tracy Scott and are fab!
The big star on the set on the right, made me think of comics and the "wham" "pow" explosion type speech bubbles that they use in comics - although it could be that I saw them at the time that Batman (Adam West) died... or is it just the heat doing weird things to me?!

I went to Kew again last Saturday, and took a gazillion photos of poppies (amongst other things) - I know several of you saw the link on Facebook but if you missed it, they can be seen here
Neet, in answer to your suggestion, yes I do intend to make them into calendars one year! 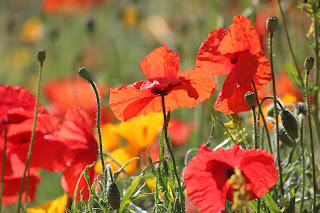 Not sure when I'll be able to visit, depends on the heat - Wednesday today  is meant to be unbearable again! (I am writing this in advance on Tuesday night) I may have to wait till later in the week when it cools down.
Posted by Helen at 00:00 34 comments:

Another week has flown by with nothing done craft-wise in between desk posts. But once again it is time to share my desk today with the lovely Julia

On Saturday I got home from the hairdresser's to find a box on the doorstep.. well tucked by the step and the wheelie bin.. 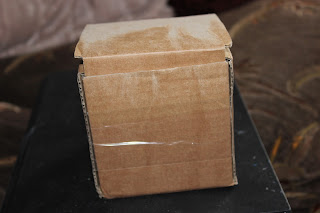 it was a very little box (I know you can't get the sense of scale from the photo) - I was expecting something, but was a bit surprised at the small-ness of the box! 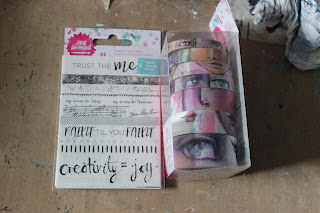 some Jane Davenport washi tape.. the flat packet is described as "sheets" of tape and although they didn't break the bank, I was kind of expecting them to be bigger...
the rolls of tape, 7 different ones, all with faces, and different widths, had also appealed to me!

This brand is only newly available in the UK and I know that it is quite a pricey one anyway..
Time will tell if I get anything else from the range.. 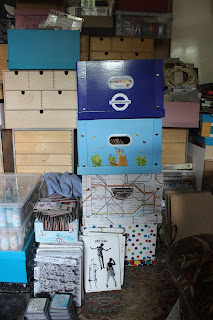 I really really missed going to Kew last weekend (not that I'd have been able to go anyway had I not had the hair appointment, due to weekend engineering works on the train) ... I think the lack of a long walk in the fresh air contributed to me being bored on Sunday and couldn't settle to anything crafty.

I did get round to putting together the top 2 boxes in this tower of boxes...
they have big poppers (that you can possibly see on the front), so fit together quite easily... They come from The Works... two for £10

These 4 boxes hold my Paperartsy stamps - there were previously in just the bottom 2, but I have spread them out a bit as they were getting a bit crushed and some of the stamps were getting damaged... so now they have room to breathe (and I have ready made space for new ones... which are being released this week.... guess who's already been shopping!) 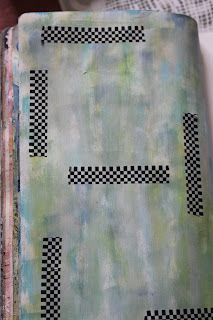 no progress has been made on the journal page from last time; even though I still don't think it's finished.

I did put some washi tape (no idea where this one came from!) on the last page in the book... and there it has sat, again...

So that's me for this week... will be hopping along to your desks soon.

I will be going to Kew this weekend (weather permitting) so stand by for more photos!

I am going to be really short and sweet today, as I don't have a lot to share.. my WOYWW anniversary atc arrived safely last Thursday from Elizabeth and Bleubeard, in double quick time from the States..  I knew immediately what the envelope was as it was covered in her trademark rocking horse stamp! 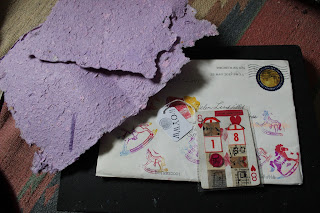 It came wrapped in some gorgeous purple handmade paper


here's a close up 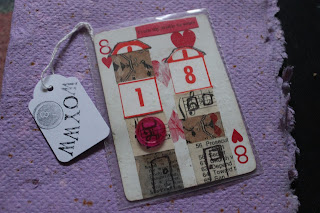 I was going to stop there, but decided to add a couple of journal pages -
I have added a little to the page from last week...  intensified the colours in the circles, added some stamping and some texture paste stencilled splatters.  re-purposed some washi tape that had come wrapped round an order a few weeks ago 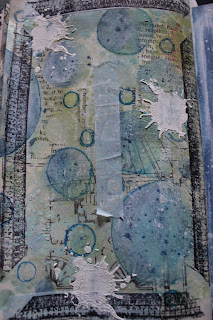 It's still not finished!

and finally...  no words needed 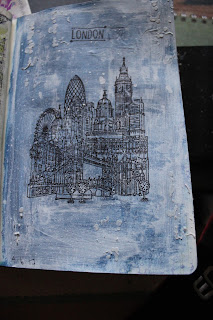 I love London and the dreadful attack won't stop me visiting, exploring and photographing..