Well what a week that was... shortly after last week's post my fridge freezer decided to die on me...

so my desk this week is a little crowded... 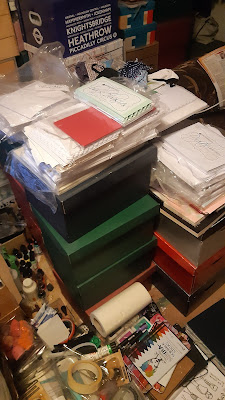 I had to clear the hall of my maisonette to give them room to bring the new fridge freezer in (and more importantly the old one, out)

as you can see, there's quite a few... (organised by colour)

Tuesday was the day of delivery... I warned them about the stairs up to the flat,  and the lack of space between the fitted cupboards in the kitchen..   Customer Services "that will be ok, they will lift it over the cupboard"

er wrong...."no, we can't do that, they shouldn't have told you that"  so as they were outside ringing the office for advice and about to depart - with my new fridge freezer... I had to move the cupboard 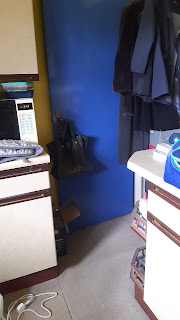 that one on the left -    luckily it wasn't as I thought, attached to the wall!
So with much huffing and puffing the managed to get one out, and the new one in....wrecked the carpet tiles (which I probably should get rid of anyway and have something easier to clean put down anyway)  -they never were very well stuck down anyway!
I had to go back to work so didn't have time to put the flat back to rights until after work...
so no craftiness has gone on at all this week - unless you count a bit of cupboard diy!!

I should probably show you the new fridge freezer after all that ! 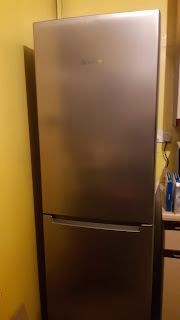 the yellow of the wall is reflecting on the stainless steel effect finish.

it is gradually settling to the right temperature and it will be so good to have food that stays fresh and frozen (you would  not believe how much I had to throw away, sadly)

I had a week of sleepless nights stressing over this, and as it turned out, justifiably so.... hopefully by the time you read this I will be fully refreshed !! 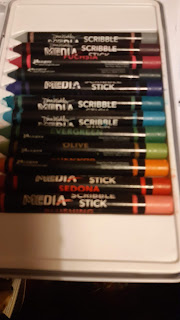 For those of you that asked about the scribble sticks last week,

they are quite like Neocolours, although those are wax pastels  the scribble sticks  are described on the tin as "water soluble pigments"

the work best if dipped in water or you can scribble them on your surface and then brush with  water - they don't smudge with your finger like other sticks.

but they're good fun and match the colours of Dina's paints so you can't go wrong!

and finally, or I'll be in detention,  the Kew link..! 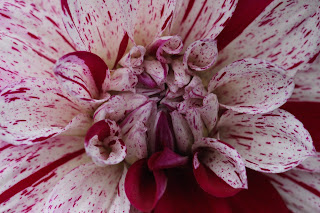 as I said in the blog post,  raspberry ripple ice cream!!  (it's a dahlia)

I'll be round to see you soon  - happy desk sharing day

Who knows, next week maybe some actual crafting will have happened.

I can't quite believe it's Wednesday already,  time for another desk sharing day... it's WOYWW 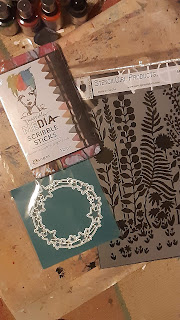 some new goodies arrived just in time to star today..
the third set of Dina's scribble sticks,  I have the first two but have finally got the last set.
plus, a stencil and a die that had been sat in my online basket for a week or two, forgotten about until I noticed the scribble sticks were in stock.
ordered Sunday, delivered Tuesday.. (from Stampers Grove)
Not had time to play yet, I've been watching the cricket!
I didn't play much at the weekend either,  I had Saturday morning at Kew, of course, and when i got home I had to cut the grass, which was well overdue 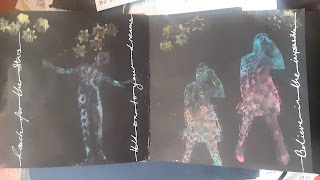 but I did manage one journal page, in the Kraft journal, although you'd not know as I painted it black to start!!
one of the members of the Dina Wakley supporter group had posted a picture of a black page which she'd used scribble sticks to stamp with and I had to have a go
I think I've shared this method before, you spritz a stamp with water and then add the scribble sticks to the stamp and when you stamp you get a sort of watercolour effect - Beth had tried it on a black page - and when the stamped image dries, the colours really pop.   I will definitely do this over black again. This was what pushed me to get the third set of scribble sticks!  this collection includes some of the metallic colours
As for Kew on Saturday - well at least it didn't rain...  pics are here 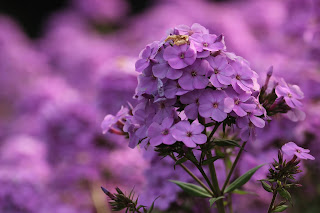 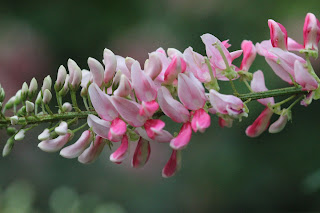 That's it from me,  I'll be round to see what you've got on show soon.
Happy WOYWW  !

After a break of a few weeks, I have new stash to share - and it didn't cost me a penny... birthday money doncha know.  actually I lie, I think I put a little towards it! 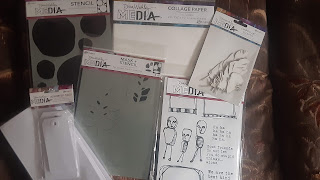 some blank collage tissue, a couple of stencils (well, why not; only got one or two...)
some stamps and some tags
I think I did well holding on to the money for that long! 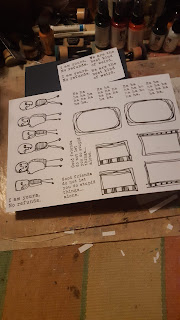 I stamped out the images and have them handy for quick application when the mood strikes me
(that means the sheet of card will sit in a pile of others causing more clutter...I know,  I know...) 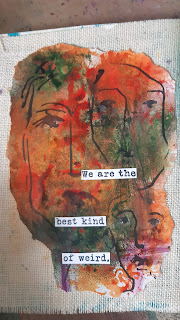 but some of the pile gets used....
this is one of the pieces of layered collage tissue, with a simple stencil over the top and torn round before adding to a burlap page in the Dina journal 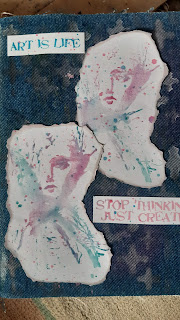 and the faces got used too, on a denim page in the journal over a stencilled background with added splatters.
almost looks as if I've been crafting this week!
Last Saturday at Kew was wet.. very wet... but of course I was there!
Fewer photos than normal, perhaps understandably... post is here 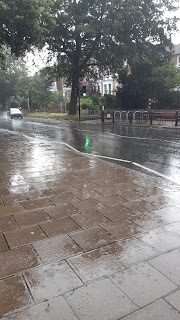 that rain that bounces off the pavement..
my walking boots took fully 24 hours to dry out....I probably should have worn my wellies!
but as you may have seen, there was still colour 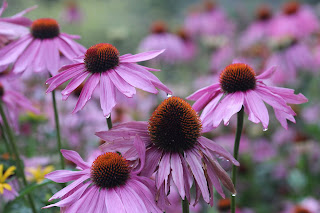 I do love echinacea (or coneflowers) they always look like ballerinas to me....
the forecast for this weekend is much kinder; thank goodness!

Have a great week, happy WOYWW - be round to see you soon.

Another Wednesday, another desk  floor .  it's WOYWW  again.

I am sure you've all had much more productive times than I have... 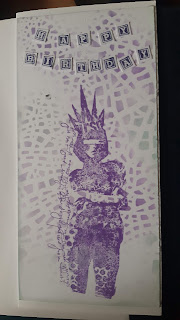 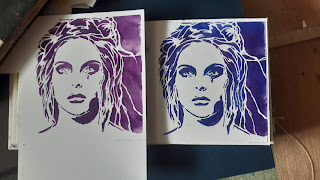 I tested out a stencil I've had a while without using
(it's by Stencil Girl and similar to one I have but different...) 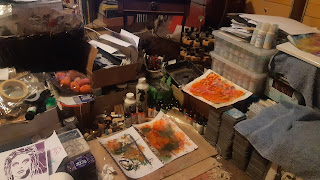 and I added some gloss sprays to some papers.
you were right that the sneak peak I shared last week was indeed the card I made to sent to Jan for her birthday at the weekend but it's probably not my place to share the results! 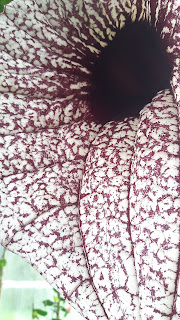 so, having teased you I leave you with the link to Saturday at Kew !
don't ask me what this is, I don't know, but it is fascinating!