Welcome to another week of desks... Julia is hosting, as always - catch the link here
I'll be late this week getting to your desks - and linking too, as I am off work for a week and taking an early trip to Kew today so unless Julia is really early, I will miss when the post goes live and have to catch up later.

but, you're here for a desk.. not that I have one of course; still working on the floor. 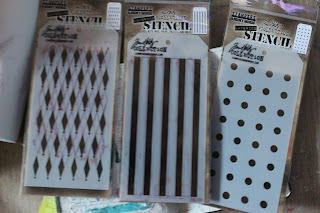 the stencils I was waiting for last week arrived, and have been tested already... should have included the results... hang on I'll see if I can find them 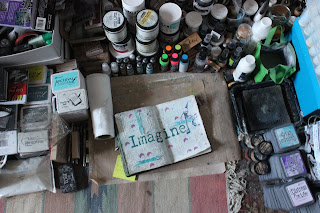 aerial shot of the tatty rug and my France Papillon journal (page doesn't really fit the theme but it's another one finished...) 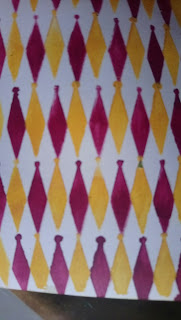 here's the test of the harlequin stencil.  was only playing so it's not meant to be fabulous.

Anyhow, I will visit your desks when I can,
catch up later!
Posted by Helen at 00:00 26 comments: 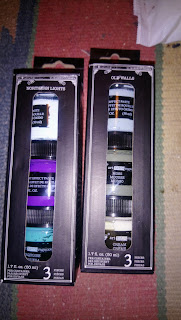 the new stash I was waiting for last week of course arrived on Wednesday but I don't know how to edit posts on my phone and I was at work, so had to save them for today..


two of the sets of texture fantasy/rust pastes by Finnabair for Prima. 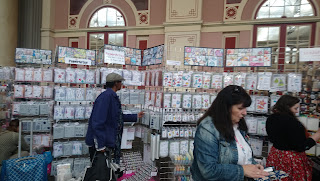 I did get to Ally Pally on Saturday, arriving about 12.30 after I'd been to Kew

this is the Stampers Grove stand who have taken the Paperartsy space in the hall and had a fairly good range of their stamps on show... 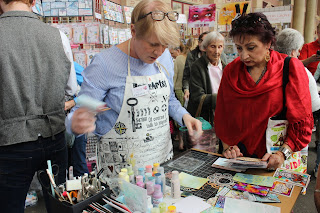 when I arrived I thought it looked fairly busy but it soon seemed be thin out (it was lunchtime I suppose...) 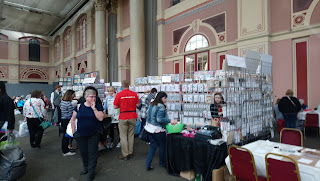 and these few pics I took certainly make it look empty..


I did bump into Erika shortly before I left - I only stayed 2 hours - but no photo evidence to prove it! 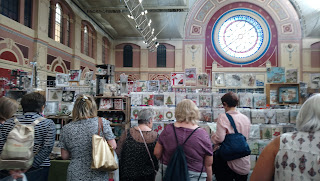 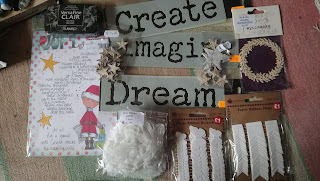 I really didn't buy much - I don't think those of you I mentioned this to on Facebook afterwards really believed me... but this is it!

one set of stamps, 3 stencils, an ink pad (heard so many good things about the Versafine Clair inks, so thought I'd try a black one) and some odd bits and pieces.
I can't remember the last time I bought so little at a craft show!

There just wasn't a lot there that was my kind of thing, a lot of stands with "everything's £1" or cheap bulk buys, or packs of card - I have enough to stock them myself -   and without the major draw of Paperartsy, I don't think I'll be going again..

I was lucky enough to be given a ticket by someone who couldn't make it, so it was worth going just to see what it was like without Paperartsy, if only to prove to myself what I suspected...

I finally managed a bit of crafting- my boss and another girl at work have birthdays this week so I made a couple of cards - forgot to take decent photos before I sealed the envelopes... 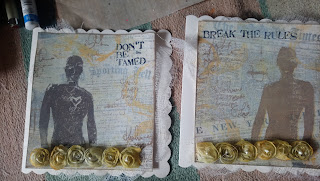 I made some backgrounds over some patterned paper and used some of my new distress oxides for the stamping - gathered twigs, which is a dark brown, and wild honey (the silhouette on the right was stamped first in wild honey then overstamped in gathered twigs as it wasn't dark enough)

I found a bottle of liquid pearls for the centre of the row of flowers that I hand coloured with sprays - can't remember the last time I used liquid pearls!
Posted by Helen at 00:00 29 comments:

I have poured over the photos from last weekend's crop - complete with surprise overseas guest!!  and am even more gutted to have not been able to go.  Jan posted about it here and there were various other reviews too.    But, it's time for another desk share.... not that there is anything really going on here...

in my most recent spending splurge, there is another order on the way! 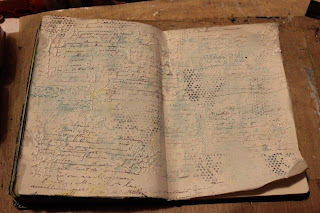 I haven't cracked on with anything much - but this the first couple of days layers on another of the France Papillon challenge... I forget which week and forget what the theme is! 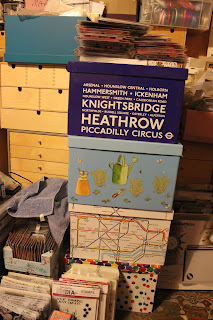 so I can't leave you with just that.. I thought I would share the storage for my Paperartsy stamp collection.... although a couple of the boxes do have a few stamps from a couple of other companies (Carabelle mainly) these 4 boxes are all Paperartsy.. and as you can see there are extras on top that haven't yet been filed away!

I think you can safely say I am a Paperartsy fan!

but you knew that.


There was a visit to Kew on Saturday of course, when the crop was in full swing... pics (lots of pics!) here


I am um-ing and ah-ing about going to Ally Pally craft show on Saturday (after a trip to Kew, obviously) - haven't quite decided yet.  If so, there may be extra new stuff to share next week!!  Til then, happy desking with Julia for WOYWW...
Posted by Helen at 00:00 29 comments:

Hurrah, lots of happy mail in fact!   Before I enable you though, let me tell you why you're here.. it's Wednesday, so it's WOYWW   (what's on your workdesk? wednesday)  week 483... brain child of our beloved leader Julia. 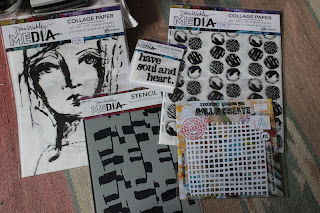 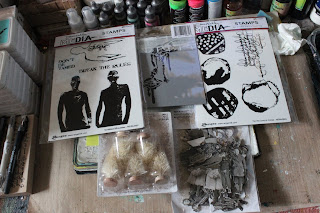 this one arrived on Tuesday....
the Dina Wakley collage papers are mixed in the packets, the Dina stencil looks great in action (it's called ladders) - I saw it on you tube somewhere, it makes a fab background...  and I loved the Aall & Create one with the little squares..

they came from Artist Trading Post and I only ordered them on Sunday!


these ones arrived last week - the ones I was waiting for


the Dina stamps and the stencil came from That's Crafty and the paper dolls (Christmas edition) and trees from Country View Craft - Sue had a bank holiday weekend sale.... 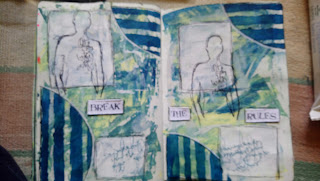 I finished another delayed  page for France's facebook group challenge.

Don't blame me if you now go shopping...!  enjoy your WOYWW..