Welcome deskers, tis once more time for WOYWW -  week 664. Thanks for your visits last week.

There's been some more shopping ... as mentioned last time,  more goodies have arrived

First off I treated myself to some Prismacolour pencils 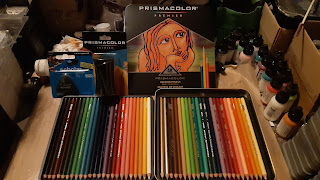 they are pretty pricey and come in lots of different size tins - I decided as I don't do loads and loads of colouring (and the Tracy Scott doodle a day challenge that persuaded me to get them probably won't last long - given I've not really done any yet!) I'd get a tin of 48... 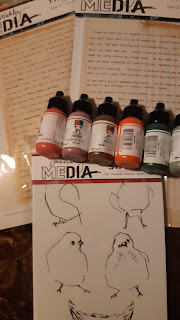 then my latest Dina goodies arrived - 6 new paint colours (they would have launched at the same time as the matching gloss sprays but Covid caused a problem with them getting the right ingredients to make the paints, so they've only just become available)
there's 2 sets of "typed ledgers"  packs of quotes originally typed by Dina on several of her vintage typewriters and put into production by Ranger.
and to round off the order her birds from a previous release that I hadn't indulged in before.. well you have to round up your order to qualify for free post/packing don't you... ahem
the only actual crafting I've done this week is to stamp out the birds... 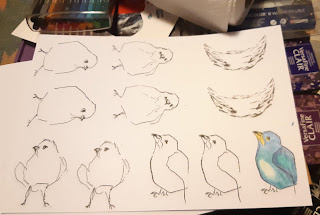 and I did test out some of the coloured pencils...
I do hope you all survived all the horrendous weather we've had last week, 3 named storms causing havoc across the UK
I managed to get to Kew  safely on Saturday and found the storm on Friday had caused them to lose lots of trees - a FB post since has said about 20 - and my photos showed a lot of them...it was very sad but at least no-one there was hurt. 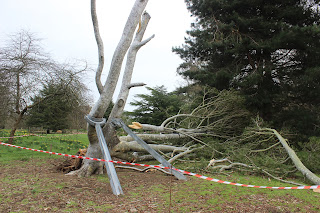 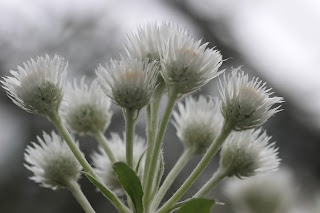 and in contrast one of my favourite plants in the Temperate House, the Silver Daisy Bush
I'll be calling round later to see what you've been up to and to make sure you're ok.  See you then!
Posted by Helen at 00:00 20 comments:

Welcome back to another Wednesday  for WOYWW that arrives in a blur -  I was nearly last on the list last week as I had to leave for work early before the link was up, and can't work out how to join the link on my phone, so it had to wait till I got home - you certainly get less visits down there!  Thank you to everyone who left a comment.

so, what have I got to share this week? 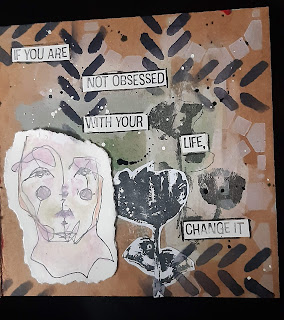 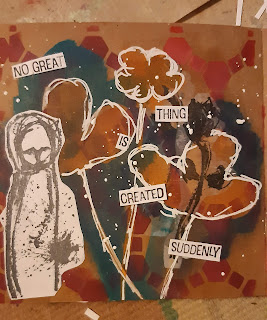 and some scribbly posca paint pen work outlining some of the stencilled flowers
I had hoped for some new stash to share (oops, I shopped again) but it hasn't arrived yet! 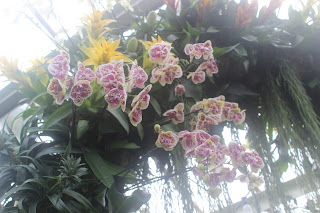 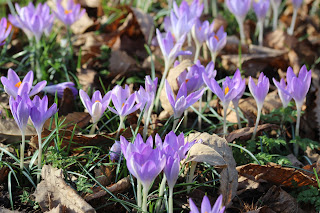 the forecast for the rest of the week is storms, wind and rain (and further north, snow)  so not sure that the next visit will be quite so pretty!

Thanks for visiting, and see you soon

This week hasn't been as productive as last week, 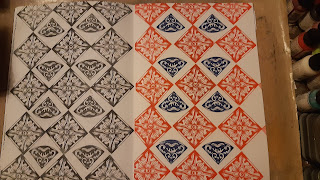 I did some more pattern play 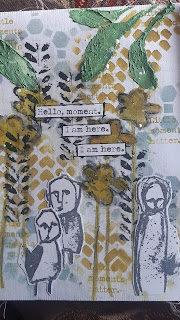 and a journal page in my Dina album
got to use some of the images I'd pre-stamped from last week
I had a great trip to Kew on Saturday - the start of the Orchid Festival, was really good - and Channel 5 were there filming for the second series of their programme about Kew;  I was filmed (but not interviewed as some visitors were, luckily!)   they are filming up to July so no idea when the series will start or if I'll make the cut!
took lots of photos - the blog is a long one here    the weather was lovely again, sunny and not too cold
I'll share a couple to tease you 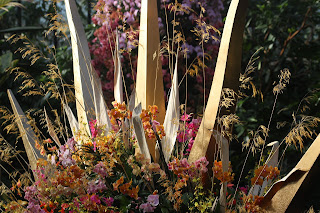 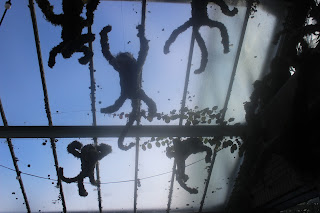 I am unlikely to get round any desks during my lunch break this week as it is unlikely I'll get much of one, things are very busy at work!  so I'll see you later.

Take care and see you soon

I've finished splashing the cash now - for a while at least - I bought the WHOLE of Dina Wakley's new release in one go - figured I may as well as I'd get it all eventually and Art From the Heart had a bundle deal on so...I've never gone for it before but was feeling reckless! 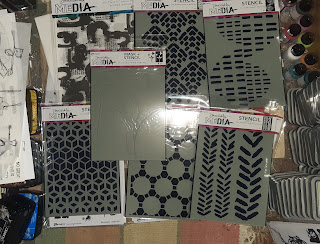 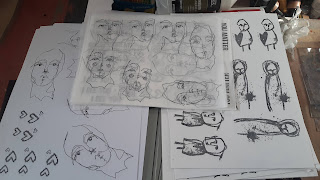 I spent some time at the weekend stamping out multiples of all the stamp sets on 3 different surfaces - plain collage tissue, white card and cartridge paper - all in black versafine clair ink, for now
plenty to cut up and use in a variety of ways for some time to come - grab it and use it!
I also had another couple of birthday cards to make - and used the final new goodies I decided I had to have - the other stamp set  and stencil in Tracy Scott's pattern making release for Paperartsy 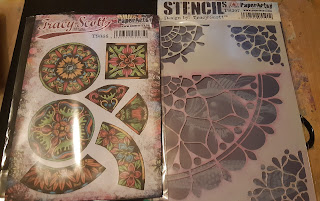 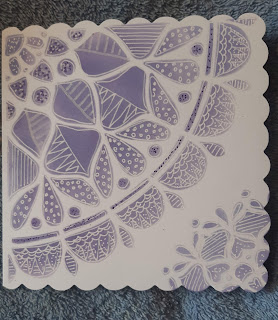 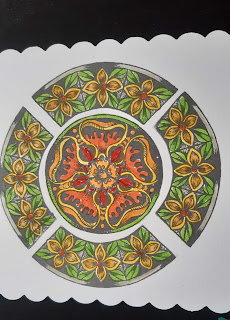 and some simple colouring with Pitt artist pens (I have quite a collection of them now)
I did this one whilst watching the end of the tennis on Sunday and Rafa Nadal making a superb comeback in the Australian open final. 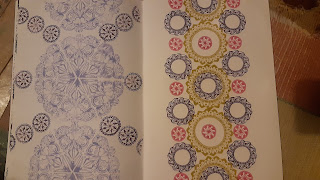 I stamped some more patterns in my sketch book too but I'll just add one more photo  or I'll be in trouble with head girl Julia!
Just time to link the Kew visit from last weekend - at last, sunshine!

witch hazel against a blue sky!
the week coming sees the start of this year's orchid display - cancelled for Covid last year - I can't wait, I have my time slots booked for each of the Saturdays it is on
thanks for looking, and I will catch your desks as soon as I can.